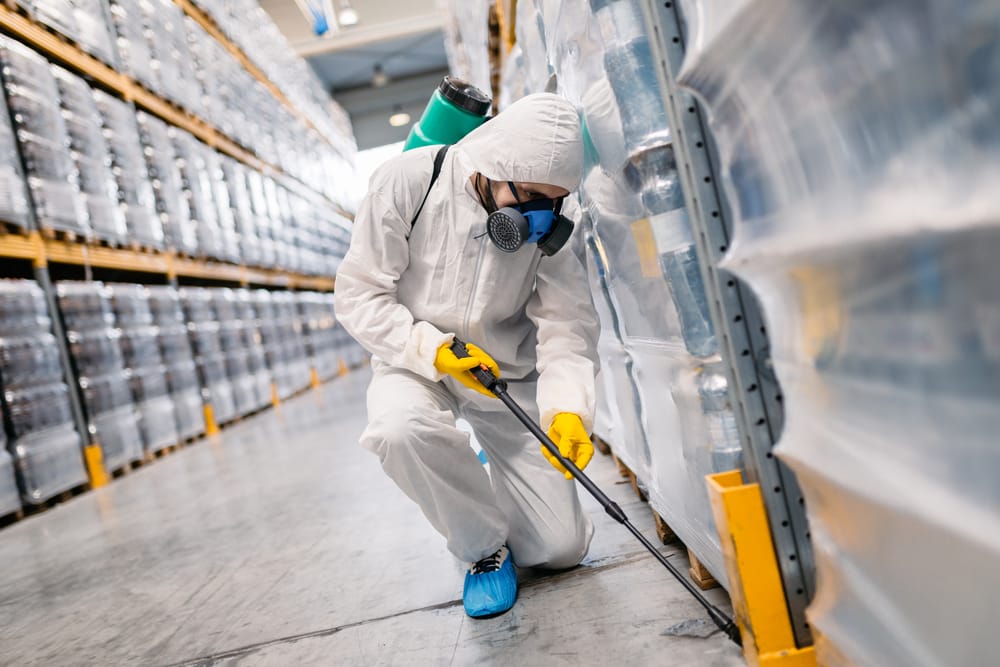 So you want to be an Exterminator?

If you want to become an exterminator then you should know that getting an extermination license may not be the first place to start. At the age of 16 anyone capable can get a job as a trainee for a licensed exterminator. They can handle almost any product under the supervision of a licensed exterminator. While pesticides are covered under The Ministry of the Environment, Conservation and Parks classification of pesticides, two classes are suitable for home use. These can be used by anyone who wants to exterminate a pest infestation on their own, in their own home. These are class 5 and class 6 which represent domestic products. There are many classes and those classes are also classified into a simpler system of Manufacturing, Restricted, Commercial, Domestic and Class E which is specifically soybeans treated with neonicotinoids that require its own specialized “license” and approval from the Ministry to use.

This is all arranged by the Ministry to ensure that no one, professionals or domestics, will be in danger when they use pesticides. Anyone who uses commercial pesticides must have the relevant license and with it will come the needed training that will protect them from misuse and harm, and protect their customers from it as well. Without the license, the individual cannot recommend or use any pesticide outside of the domestic class. Now a technician who does not have a pest control license can still do almost any wildlife job due to the lack of pesticides. Any situation that does not require commercial-grade pesticides or poisons can be done by a technician or a trainee without supervision. As long as they are educated and trained in the process, and if they are going on a roof higher than two floors, they will need their At-Heights Training as well, there is no limit to performing those types of domestic jobs from wildlife removal to dead animal removal and latrine cleaning. This alone can be a business in itself and needs no licensing for most of the processes. Only very good training. Treating for cockroaches or bed bugs, or treating for ants and other pests that require commercial-grade pesticides and chemicals that are harmful to humans and animals require that you have a relevant exterminators license. Sterilization and deodorization of things like latrines and dead animals may be chemical but are not controlled by the Ministry so they are free to use in domestic situations without a license as well.

Extermination is a broad topic. The Ministry of the Environment, Conservation and Parks controls and regulates the sale and use of most pesticides, especially dangerous ones and the ingredients used to make them which are often much more dangerous in their raw form. Because of this, there are many distinctions in types of Exterminator Licenses that can be gotten from the Ministry. The primary distinction is between the types of exterminators that function in our society. As a residential or business owner, you will likely only ever run into what is called a Structural exterminator. Structural exterminators work mainly in populated areas like cities and towns. Structural exterminators can use pesticides in Class C to exterminate pests in or around a structure. Exterminators can also fumigate items using what is called a vault. It can be anything that seals off or suppresses the spread of the gas. This can be used to fumigate nearly any object, cars, furniture and more. Types of chemicals that are used in this process include Phosphides like Aluminum Phosphide and Magnesium Phosphide. A licensed exterminator can use any of the chemicals in the Commercial and Domestic class’s of chemical for this process, from class three to class seven. This makes up Domestic and Commercial pesticides and in rare situations, a specifically qualified exterminator may be allowed to access pesticides in Class B, the restricted class. The reason being is that there are rare situations that require the use of truly dangerous pesticides in the hopes that a much greater problem can be solved. If this career interests you, it would be a smart idea to look into the exterminator licenses and even begin studying for it early, but try to become a technician or trainee first as that will allow you to perform real pest exterminations under the guidance of a licensed exterminator.

There are several different types of licenses a technician can get. The most common are the structural exterminator but there are others. On top of that, there are also three different types of licenses. One to operate employed exterminators in an exterminator company, if you run an extermination company and must purchase pesticides for the exterminators to usethen this exam is the one you will have to do. It is far more difficult. The third type of general license is the vendor license. This is the most difficult license to obtain as it involves running a company that works with the raw, restricted materials that are used to make pesticides. These materials are highly dangerous and can easily be fatal so vendors must be kept under a close eye by the Ministry.

How to apply for a structural exterminators license

Application for an exterminator license of any kind, since September 4th, 2018, must now be done online. The ministry will contact the University of Guelph who handles the exterminator exams. They will organize a date and time for the two exams, the core exam that all exterminators must take and your specific exam for the type of exterminator you want to be. In this case, we assume you want to be a structural exterminator. You will first sign up online at the Ontario.ca website, you will have to pay $165.00 to take the exam and they will mail you two textbooks, one for each test. Study them very hard and make sure to take into account that the Core test is open book and the specialized test is closed book. It should not take more than one or two months to learn everything in the book. For the open book, test try to post-it note everything even remotely important so you can flip quickly through the book. Do not ignore the core book because its open book in the exam, there is a huge amount of information and accessing it takes already knowing it. Good luck!