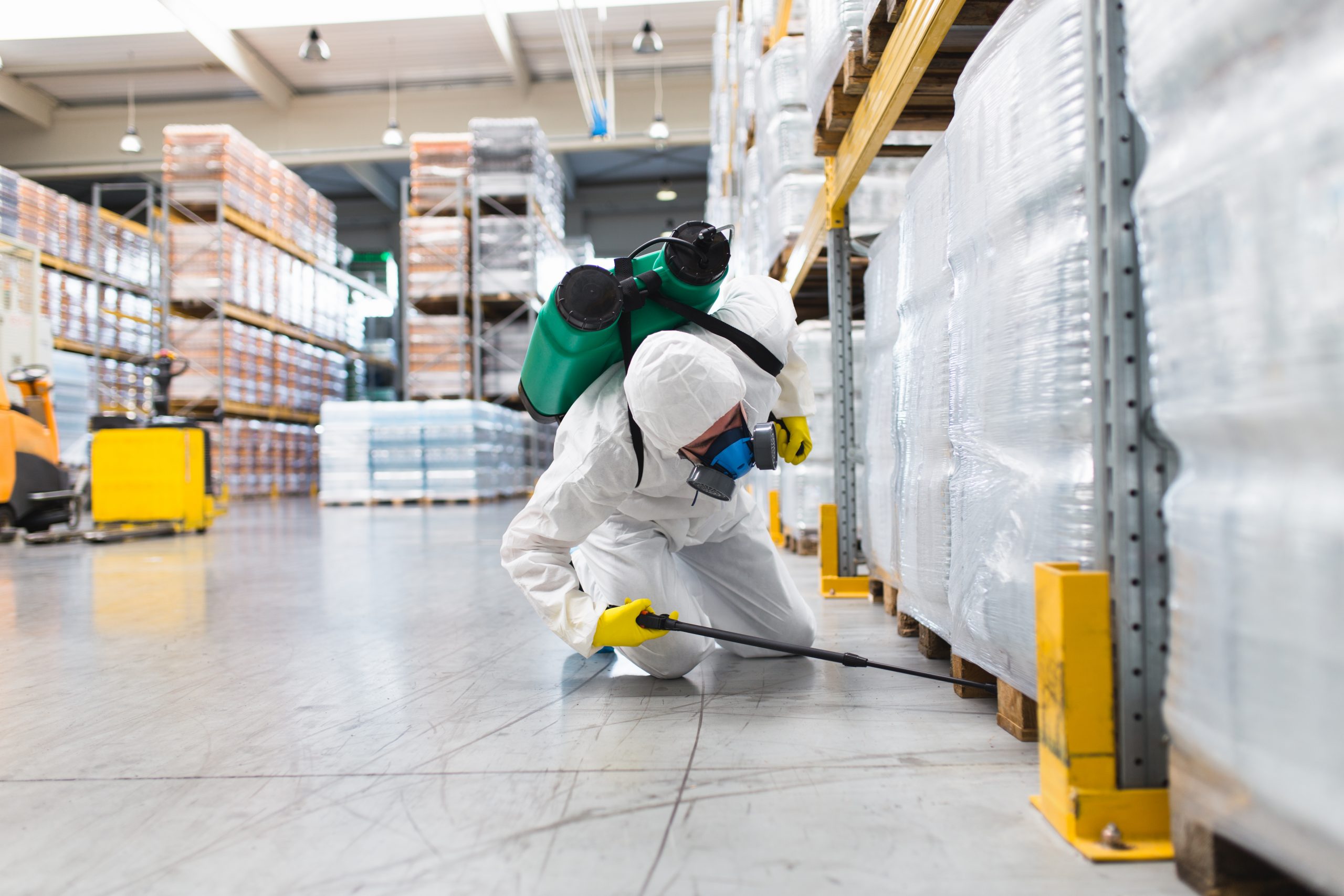 The Ministry of the Environment, Conservation and Parks (MECP or ministry) controls all sale and use of pesticides in the province of Ontario. While other provinces have different rules on the uses of pesticides, in Ontario they are divided into classes and restricted by license type. In this case, we will discuss the Structural Exterminator, they are the most common type of exterminator you will run into and useful when getting pest control jobs. Structural exterminators are very well known for one specific process. Fumigation of structures and commodities. Structural exterminators can perform fumigation on buildings, soil, objects and vehicles, greenhouses and most importantly, structures.

General fumigation is just that. It uses open fumigation in or around a structure and the exterminator may use fumigant gasses and chloropicrin to perform exterminations and control pest infestations. Suspensions and other chemical pesticides are limited in general fumigation to protect the people living or working in or around the structure. The Ministry takes the use of gaseous fumigants very seriously as they can cause dramatic damage to an environment.

A structural technician can resolve a pest infestation in an individual object. The object must first be locked in what exterminators call a vault. This vault can be anything that is mostly enclosed and that prevents the gasses from spreading too much. Shipping containers can be used, a silo, a shipping container or even under a covering like a tarp that will suppress the seepage of gases. This process can be used to save almost any infested commodity and save it from the scrap heap. Only structural licensed exterminators can use this method to fumigate a commodity. A commodity can be treated with a large number of different chemicals including phosphides and phosphines like Aluminium Phosphide and Magnesium Phosphide. Phosphine can also be used. As long as the commodity is safely stored in a vault of some kind there are many choices for fumigation. Carbon dioxide can be used, suspensions in the air can be used as well, any that are in classes 3 to 7. This is because a commodity in a vault is less likely to spread pesticides to places that they should not go.

Structural exterminators do often work in the soil, mostly around a structure that is being infested with a pest that is nesting outside of the home, like a wasp nest. The technician can treat an underground yellow jacket nest, including spraying pesticides on the soil because they have been trained in the safe use of the pesticide and its proper use in controlling and exterminating pests in the ground or around it. Because of the ecological danger of spraying pesticides in the soil, it is usually done as a localized treatment. Always remember the goal of the Ministry is to train exterminators in the safe use of dangerous commercial-grade pesticides that could easily harm the environment. That is what you will be learning when you study for the exam. The chemicals that can be used in soil fumigation can be used in two situations. Either indoors in an enclosed environment like a natural dirt floor basement, or out in the open, not enclosed. Both situations allow the use of fumigant gases and Chloropicrin. This can be used to treat almost any pest, but cannot be used on rodent burrows, that is against the law. Rodents can only be treated with wildlife methods like one-way doors, traps and rodenticide, commercial or domestic poisons that are eaten, not sprayed. While the ministry and exterminators refer to pests in a general sense it is important to remember that while mice and rats are called pests, they cannot be exterminated like pests, using fumigation or pesticide.

Greenhouses are an unusual outlier where the structural exterminator can treat the plants within and plants and soil surrounding the greenhouse. This can count for any room or building with plants in it. If the plant has an infestation it can be treated by a structural exterminator assuming it is in or around a structure. Exterminating pests in nature, areas where there are no structures is the job of the land exterminator, not the structural exterminator. The chemicals generally used in a greenhouse treatment is fumigant gases, highly toxic and dangerous but necessary in this situation. Chloropicrin may be used as well as a type of chemicals called Termiticides. These chemicals are used to eliminate dangerous pests and plant life that may threaten the greenhouses closed ecosystem.

The termite is, first of all, not an insect as in it does not have a thorax and possess four sets of legs as opposed to three. Insects like wasps have a distinct thorax while spiders and other arachnids have a head, an abdomen and four sets of legs. While most extermination companies do not deal with termites due to the cost and difficulty of removing them, some do. When it comes to termites the exterminator can access any fumigant chemical from the commercial tiers and use it to fumigate a termite infestation, this includes fumigants and suspensions in air. The only two chemicals that cannot be used to fumigate termites are fumigant gases and Chloropicrin which is generally used in soil exterminations. While the home being treated does not need to be in a vault of any kind there would be a required vacancy of the house which means no living thing, except for the pest in question, can be in the house at the time. Fumigation is toxic and can kill humans and animals that are not wearing a respirator.