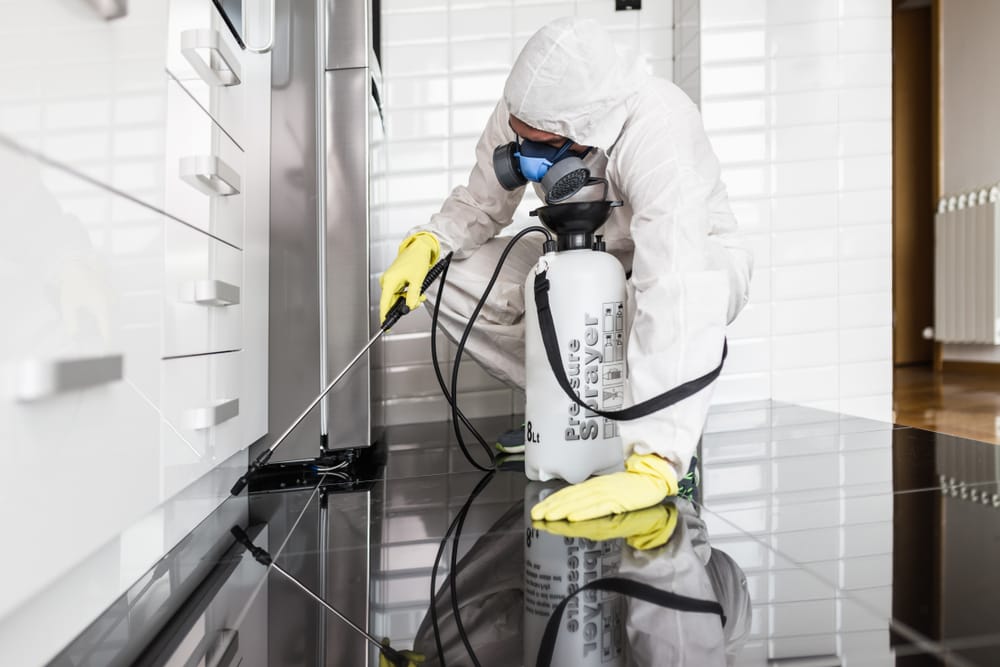 Why do you need a license to use commercial pesticides?

There are many different types of exterminators, there are three primary groups and within those groups are subgroups. The ministry does this to control and restrict the use of dangerous pesticides in locations they are not meant to be used. The ministry controls the sale of all pesticides including illegal products and materials for creating pesticides that are highly dangerous in their raw form. The ministry divides these groups into 13 categories including domestic, which are chemicals anyone can buy from a grocery or hardware store like the well-known box of rat poison.

These chemicals are watered down and made mostly ineffective because of the risk and danger of its use. When someone buys a box of rat poison they don’t put it in a tamer proof locked bait station, they just scatter it wherever they are seeing mice or rates. If any other animal, a pet or a member of protected wildlife, comes alone, or a small child that has not gained the ability to distinguish food from poison, may try to eat it. This could be fatal if the poison is commercial but because it is a domestic product the danger is minimal. That also means the product is likely ineffective. If you have a rat problem you have many options available, but commercial grade rodenticide is not one of them. You can try snap traps, glue traps which are very dangerous and often fail to catch the intended target.

Often glue traps will catch something that was not meant to be caught. You could catch your pet with a glue trap and have to take them to a vet to have it safely removed. This is why the ministry limits the purchase of dangerous products. Domestic customers do not have the knowledge and safety practices in place to make use of dangerous commercial products without risking harm to themselves and others. This is why the ministry created a licensing program for exterminators so professionals, trained in the safe use of pesticides, with the knowledge to minimize their use while carrying out effective and powerful extermination that keeps the customer safe and the environment unharmed.

The process the ministry teaches is called IPM: Integrated Pest Management. This process takes into account the Legal, Cultural and Mechanical aspects of pest management. Respecting the customer’s decisions and creating a plan that will be effective while keeping the customer’s needs and safety in check. When the pest is identified the biological component can be used to analyze the species and identify weakness in their behaviours that could allow for easier extermination that will last longer, use fewer pesticides and give the customer a reasonable level of security and self-assurance. While some infestations cannot be eliminated, especially in commercial and small businesses where doors are left open and food prepared in bulk, they can be controlled. IPM allows even seemingly hopeless issues like cockroaches in a restaurant to be controlled and reduced to a level that is considered safe both by the customer and the health department. Pest extermination is rarely extermination. The best thing a licensed structural exterminator can do is to control the problem, to reduce and to eliminate access so the infestation resolves itself. Fewer pesticides and control applications to eliminate danger and prevent harm is the singular goal of The Ministry of the Environment, Conservation and Parks.

The structural exterminator’s license allows you to work on residential and commercial structures and some of the grounds that make up the lots the structures stand on. While they are rarely called upon to work in large industry or government there are occasions when an exterminator will be given special dispensation to perform an otherwise illegal use of a pesticide. Like licensed trappers, that can be given the special right to kill protected wild animals under very specific conditions. A structural exterminator may end up doing the same. They could be called upon to treat a serious issue in a government building that could require the use of restricted chemicals but if the job is necessary the ministry with allowing it.

When Practical Is Not Enough

This is more common than most people realize as the earth is not truly broken up into countries and zones. The zones mix and we end up with zebra muscles in Canada and a deadly breed of Cane toad in Australia, while the zebra muscles where an accident, the cane toad was intentional. It is very little we can do now, in our globalized state to prevent the mixing of species and ecologies. Only recently the Japanese murder hornet appeared on North American shores, brought in shipments of fruit and vegetable.s They immediately began consuming the North American bee population, in an already difficult time while the Agricultural industry has already decimated the bee population with now illegal pesticides, having murder hornets is just adding insult to injury. In this case, getting rid of them is necessary, so the ministry would go to great lengths to evict them from North America. This could involve action taken by a Land exterminator or a structural exterminator with special dispensation from the Ministry.

Getting a structural exterminator license is difficult if you have never been involved in the extermination process. If you want to make it easier you can apply to an existing extermination company as a trainee. You will be overseen on every job you do, whether it is a pest control job overseen by a licensed exterminator or a wildlife removal overseen by a trained technician. Once you learn the ropes you can start going out to jobs on your own, as a technician there is a great deal of unlicensed work you can do. Raccoons and squirrels and skunks may be protected wildlife but that does not stop a technician from forcibly evicting them from an attic or from under a deck or shed. Wildlife issues come up just as often as pest infestations so you will have plenty of work, and while you learn about pest control you will be more and more prepared for the exam. After a few months, you may already be ready to take the two exams and receive your exterminator license in either structure, water or land.